8 Stages of Pregnancy Every Mom Should Know About 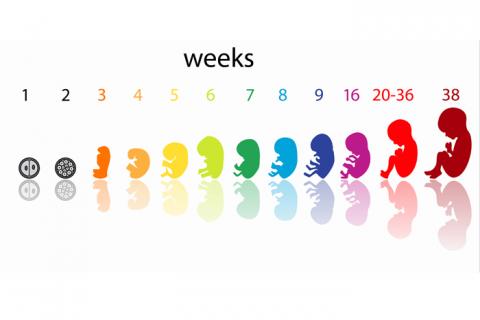 Ladies, there aren’t just three stages of pregnancy, a.k.a. the three trimesters. To elaborate, when pregnant, you go through at least 8 stages of pregnancy. These stages consist of emotions that provide you the strength and joy of becoming a mother.

When you find out that you’re pregnant, the feeling is so overwhelming that you can’t resist sharing it with everyone you know. The excitement knows no bounds as it’s one of the best news you’ll ever receive. This excitement stage turns everything around you jovial and keeps you elated.

There are a lot of fears a pregnant woman goes through. Fear of miscarriage, being the most prevalent. In some cases it keeps the woman terrified throughout her pregnancy. Although there’s no way around this fear, but you have to make sure that this fear doesn’t consume you completely. Keep in mind that this is temporary and something that every woman goes through. Also remember that it is perfectly normal to have such intrusive thoughts but with enough care and precautions you won’t have to experience it.

This stage is bound to hit you really hard. It ranges from a couple of weeks to almost the entire pregnancy (in some cases). Sometimes, the throwing up can also reach to an extent where you end up empty stomach after every meal. But it’s not something to fret over and with time you’ll learn to make your peace with it.

The Stage Where Clothes Don’t Fit:

Initially, this stage frustrates the life out of you. As, in the beginning not only none of your pre-pregnancy clothes fit you, but you’re also not big to get into maternity clothes. To add to the frustration, people also look at you awkwardly because they can’t figure out whether you’re pregnant or just put on a few pounds. With time, you get used to it as the maternity clothes start fitting and feeling way more comfortable.

The Stage of Joy:

This stays for about a month, but it’s the most soothing of all the stages. Evidently, people know you’re pregnant no longer wonder about weight-gaining thing. You feel more adapted and comfortable with the changes in your body. Also, moving around without bumping into things becomes more seamless. Moreover, the nausea does not irritate you at this stage and you can eat normally without throwing up. In fact, you also begin to feel pride in your pregnancy, owing to the fact that you’re nurturing a life inside of you.

The Stage of Annoyance:

Here, everything starts becoming more and more uncomfortable in a gradual manner. You have gained some serious weight by now and the trouble while sleeping has become a regular occurrence. Meanwhile, your husband’s sound sleep and fitness also adds to your irritability. But with careful diligence, this stage is also endurable and requires equal efforts from your spouse as well.

The Stage Where You Don’t want this again:

This occurs towards the end of your pregnancy. By now, almost every part of your body  is swollen and in pain. Your back begins to hurt badly, and you gradually lose some of your bladder control. The feelings of never wanting to do this again starts looming over you. And, you have to keep reminding yourself of keeping it all together as it’s all worth it.

This stage is almost the end of all what you endured, so you begin gathering every source of courage to help you get through it.

The “I want to do this again” Stage:

This stage surfaces roughly a couple of months after the baby is born. By now, you are holding the most precious thing on the earth; your baby. This sight alone makes you realize that all those 9 months were totally worth it, and the troubles you faced, seem to fade away. Eventually, the thought of becoming a mother again, will surely start running around in your head. They say, “nothing can prepare you for parenthood”, and it’s true. The feeling of being a parent to a child is one that is something to be experienced to relish. Hence, the thought of becoming a parent once again doesn’t seem far-fetched anymore. 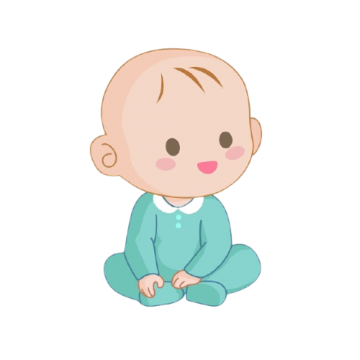